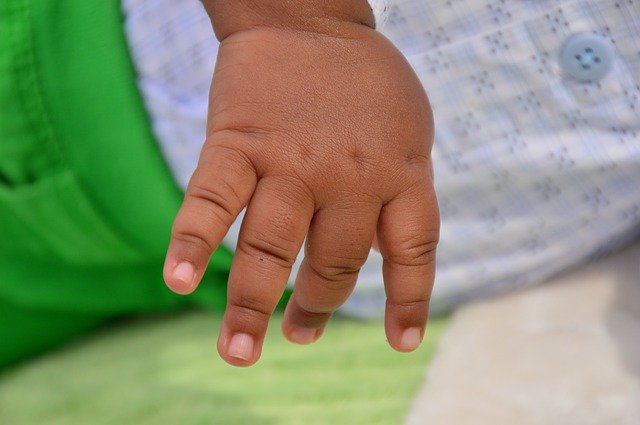 Pregnancy-related deaths for African Americans are very high: on average, 42 out of 100,000 African American women die in pregnancy as opposed to 13 out of 100,000 non-Hispanic white women. Black babies are three times as likely to be low birth weight as are white babies. And black women have poor birth outcomes regardless of their educational level.

One piece of good news is that due to recent Medicaid expansion, more women—African American and other women—now have access to insurance. With such access, maternal and child health improved over the last decade. But can we as a country do more?

During the same time that this sad phenomenon of difficult pregnancies in black women came to light, Ta-Nehisi Coates started a national conversation about whether reparations could help solve the past wrongs of slavery. This conversation has tended to focus on money. But perhaps one approach to reparations would be to focus a number of big picture efforts on helping African American families get a better start, including organizational social support.

The link between social factors influencing pregnancy and childbirth is complex, but there is credence to the notion that the long-term stress seen in African American families results in low birth weight babies and maternal deaths. True scientific method requires the study of cause and effect. In this case, a scientist may have difficulty directly linking the cause—individuals and families being brought over to North America to serve as free labor—to the effect of low birth weight babies and women dying in childbirth.

Nevertheless, it is telling that so many African American women and babies have suffered over the decades while white women have generally enjoyed better birth outcomes. Additionally, American Indian/Alaskan Native women, similar minorities who reportedly have high levels of stress over many decades, also have complex, difficult pregnancies. Implicit racial bias and institutionalized racism has been shown to affect the pregnancies of these minority women. Long term effects of chronic stress and racism affect stress hormones such as cortisol and the body’s adaptability. This dysregulation—the cumulative pathways model—affects the body’s homeostasis and can, among many things, affect pregnancy.

What can we do to rectify or repair this situation? One solution is to fund and put forth organized, systematic social support efforts for African American women who are of child-bearing years. And how do we best provide such support to African American women? First, working women need suitable maternity leaves. Applause is in order for Congress coming forward in recent weeks to pass a bill allowing federal workers 12 weeks of paid family leave. It is likely that U.S companies will follow suit, especially as a means of attracting workers in this era of low unemployment.

Of course, other developed countries offer more. In Sweden, for instance, parents can take off up to 16 months for the care of a newborn, and the care can be shared between two parents. Our government and companies could be more generous, supporting 6 to 12 months of leave following the birth of a child. Since black women are more likely to return to work before they feel healthy enough to do so, guaranteeing longer leaves would help these women to have healthier pregnancies.

Second, we should encourage health insurers, including the Federal government, to incorporate doulas and other caregivers in their benefits packages to help African American women navigate pregnancies, childbirth, and the postpartum period. Use of doulas (trained non-clinical caregivers) by African American women during pregnancy has been shown to “mitigate the negative effects of the social determinants of health.” Insurers should pay for doula care for any pregnant mother at risk for a bad outcome.

Similarly, there should be widespread support for Centering Pregnancy programs at community health centers and in other settings. This group approach with social support of mothers has been proven to improve maternal and child health outcomes. Early childhood home visitation programs help moms learn best practices and improve births and newborn outcomes but suffer from a lack of trained staff. Community colleges can pledge support for community health worker degrees so that trained helpers can do such visits.

Third, private foundations and the Federal government can finance community efforts at supporting African American women as they manage pregnancies and childbirth. The Centers for Disease Control’s Racial and Ethnic Approaches to Community Health (REACH) initiative has funded health ministries at African American churches. Much of this effort has been focused on decreasing chronic diseases in the community but new grants could encourage the support of pregnant women. The National Institute for Healthcare Management Foundation recently backed a grant where recipients will assess whether the expansion of Medicaid in Arkansas helped women in the postpartum period. The Federal government and other entities need to put maternal/child health outreach at the top of their list of efforts to be funded.

Giving social support to African American women to improve their birth outcomes may help to overcome years of chronic stress affecting such outcomes. True social support has been proven to help people and is relatively simple and cost-effective. We Americans can help rectify this difficult situation by calling on Congress to pay for social support efforts for all pregnant women, especially those at risk for difficult pregnancies. Additionally, we need to ask groups such as non-profits and religious organizations to do their part in helping moms have healthy babies. African American women are starting to organize community support groups across the country with positive results. Healthy moms and babies will be the positive result.