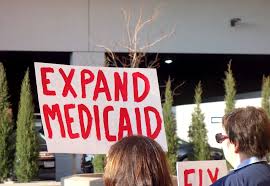 In June 2018 the Commonwealth of Virginia became the 33rd state opting to expand Medicaid coverage under the Affordable Care Act. Medicaid expansion had been on the agenda of then-Governor Terry McAuliffe and various legislators for several years but couldn’t make it through the state’s legislative process until the November 2017 election resulted in 16 new representatives elected to the House of Delegates and Ralph Northam, a pediatrician, was elected governor. As detailed in a recent article by the Washington Post, the changed makeup of the Virginia House of Delegates and the ascension of a governor with a well-known commitment to improving health care for the underserved modified the political dynamic, enabling a compromise across party lines that resulted in the extending of Medicaid benefits to an estimated 400,000 additional Virginians. While some elements of this Medicaid expansion effort are unique to Virginia, there is much that other states can learn from and replicate. The November 2017 election of 16 freshmen Democrats to the House of Delegates, many of whom campaigned on a promise to achieve Medicaid expansion, resulted in a more closely balanced legislature. Newly elected Governor Ralph Northam, having served two terms as a Virginia state senator and one as lieutenant governor, brought to the office a history of bipartisan relationships and accomplishments. What other states can learn from this effort was characterized by the Washington Post as “…a triumph for old-school negotiating among veteran lawmakers. It culminated months of quiet meetings that began shortly after the elections.” For many years legislators from both parties recognized the underserved in their districts were suffering from a lack of affordable primary health and dental care. Through patient, behind-the-scenes negotiation the leadership of the Senate and House of Delegates reached a compromise on funding sources and work requirements that enabled the supporters of the agreement to deliver on behalf of constituents in need and improve public health outcomes in the Commonwealth.

A recent report by the Kaiser Family Foundation consolidated the findings of dozens of studies of Medicaid expansion on states. These studies provide extensive, well-documented evidence that Medicaid expansion provides a positive impact on the underserved; FQHCs and other providers who serve them; and the states in which they reside.

Medicaid expansion: On the November 2018 ballot in two states

According to the website Advisory.com, proposals for Medicaid expansion will be on the November 2018 ballot of two additional states – Idaho and Utah. The evidence is clear and overwhelming – Medicaid expansion improves the lives of underserved populations, strengthens the financial picture for FQHCs and other health care providers and is a net financial and public health positive for the states that embrace it. (According to the Associated Press, the US Justice Department’s recent decision to no longer defend the ACA’s provisions on pre-existing conditions protections does not impact other aspects of the law, including Medicaid expansion.)

Medicaid expansion: Learn the facts, then work to make it a reality

Wherever Medicaid has not been expanded, especially in the states with expansion on November’s ballot, every citizen and business should urge their governors and state legislators to know the facts and support Medicaid expansion. FQHCs and other providers should be documenting the unmet needs of the underserved in their state to help put a price tag on the continuing costs of inaction. Understand the lessons learned from the successes of Medicaid expansion states then project similar benefits and savings in your state. And study how Medicaid expansion was achieved in Virginia, especially how members of both parties reached across the aisle to help make the Commonwealth a more healthy and prosperous place to live, work and do business.