Social Media Addiction and Its Impacts on Public Health 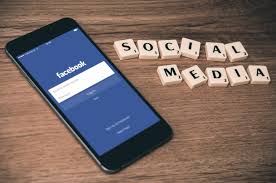 Facebook CEO Mark Zuckerberg’s recent testimony to both the U.S. Senate and House has shone a harsh light on the power and influence that leading social media and mobile devices have over billions of people. Much of the social media-related coverage in the press has focused on security and privacy issues as we’ve learned more about how companies have exploited personal data for their gain and our loss. As John Hermann observes in a recent article in the New York Times Magazine “The ease and speed with which internet users trust tech companies with the data they crave are wildly out of proportion with the risks they’re assuming in doing so…” Hermann concludes social media users “unwittingly took part in a social-data boom and are only now starting to feel the consequences.”

How Social Media Manipulate our Brains

There’s a growing body of evidence that security and privacy aren’t the only concerns we all should have about social media and mobile devices. A recent article in Wired Magazine describes how Tristan Harris, a former design ethicist at Google, has been warning audiences about the public health threat that social media and mobile devices have created through shrewd manipulation of our brains. Harris believes “the way tech tools intentionally manipulate the mind has become an existential threat to human beings” and has recently formed a “coalition of technologists called the Center for Humane Technology, whose central goal is to spark a mass movement for more ethical technology.”

Social media platforms are purposefully designed to draw users in and maintain their attention so that they can generate revenue through targeted advertising and user influencing. Scientists have shown that social media delivers attention-grabbing content, be it catching a Pokemon Go Charizard or reacting with outrage to another sensational YouTube video, that stimulates the brain to produce a hit of dopamine. As endocrinologist Robert Lustig told Business Insider “Technology is a dopamine stimulator. Anything that causes dopamine to rise has, as its end point, addiction” and he warned that “If you overstimulate dopamine neurons they die.” The potential for impacting public health is enormous, especially for younger generations – as Tristan Harris recently observed in Fortune “We’ve never had 100 million human animals in their teen years viewing hundreds of photos of their friends having fun without them.”

How Primary Practices Can Help

Primary care practices, including community health centers, should be positioning themselves to take an active role in assessing the public health impacts that technology and social media are having on patients and their families, especially young children. An important first step is for the public health community to promote initiatives that raise awareness of this problem and fund research aimed at defining the threat and monitoring the problem. Health centers should provide training for their patient-facing staff to recognize the addictive nature of social media and help parents understand how excessive use of social media can impact them. Finally, primary care practices, including health centers, should explore methods for capturing meaningful data on social media-related addiction symptoms (e.g. chronic behavioral issues) they observe in their patients.

It’s unlikely to think the companies that create social media and mobile devices will voluntarily throttle back their pursuit of ever more addictive technologies and content. It’s up to public health thought leaders to expose the dangers these technologies pose and begin the process to identify effective means to protect society from harmful effects.