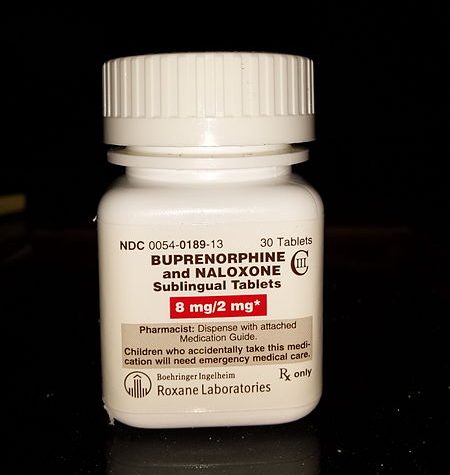 News reports about the opioid crisis seem to appear daily. Clinicians, public health advocates and finally, the public are aware of the tragedies that are occurring regularly—deaths from opioid pain relievers and street drugs such as heroin and/or fentanyl. Per the U.S. Department of Health and Human Services in 2016, there were 116 deaths each day from opioid drug overdoses and 2.1 million people were struggling with opioid use disorder.

Opioid deaths are ruining towns such as tiny Madison, Indiana where many young residents have died of overdoses or from suicide related to drug dependency as described in the New York Times article Suicide, Drugs, and High School Football. There is no single reason for this epidemic and no population group goes unscathed – overdoses are not only affecting health professionals but other community workers, even librarians. Communities are broadly and tragically affected.

Medical doctors have been able to prescribe three medications (methadone, naltrexone, and buprenorphine) which can help stem the withdrawal symptoms of persons addicted to opioids. More recently, Physician Assistant (PAs) and Nurse Practitioners (NPs) have been given the ability to administer treatment– the Medication-Assisted Treatment (MAT) approach. The passage of the Comprehensive Addiction and Recovery Act (CARA) of 2016 enabled PAs and NPs to obtain a waiver permitting them to prescribe buprenorphine for substance abuse treatment services (SAMHSA waiver guidelines). Typically, the prescribing of buprenorphine is for the control of pain. The waiver allows for the medicine to be prescribed in concert with counseling to assist those with opioid dependency. To be eligible for the waiver, PAs and NPs need to complete 24 hours of training on topics related to prescribing buprenorphine such as the neurobiology of addiction and pharmacology of the three medicines.

Unfortunately, few practitioners have completed the course work for the waiver. Perhaps they are not aware it is available.  Most of the trained PAs and NPs (as well as MDs) reside and work in urban areas; rural parts of the country, where much of the opioid crisis has occurred, are without DATA-waived providers who could help. Dr. Andrew Kolodny, director of opioid policy research at Brandeis University, recently told the New York Times “We already have an effective treatment that people aren’t getting access to. The primary challenge is getting it to people.”

PAs and NPs routinely staff health centers and in many rural centers are the sole primary care providers. If PAs and NPs working in rural centers take the time to review the 24-hour addictive medicine training module and obtain the DATA waiver, thousands more people with OUD will be able to get much-needed treatment. Still, according to the American Association of Physician Assistants, there remain many state-level barriers that limit or prevent PAs and NPs from prescribing the medications used in Medication-Assisted Treatment of OUD. If federal and state health organizations commit to prioritizing the training of PAs/NPs as OUD treatment professionals and states empower them to administer MAT we will begin to gain some control over this epidemic.